Comedians are one of the best forms of entertainment in today’s world, an escape from the realities of every day. Even when they are addressing today’s issues, they’re doing it in a way that makes you laugh and makes it all feel less harsh.

There are so many comedians out there: the in-your-face stand-up or Punkie Johnson, the musical genius of Stephen Lynch, or the self-deprecating comedy of John Mulaney.

Comedy has many flavors, and not all are suited for every audience. A joke can fall dismally flat at one gig and have them rolling in the aisles at another.

How do you know your comedy bit is effective?

Are you using your natural talents?

Some people are born with the ability to make others laugh with little effort, while others have to work harder at it.

Someone who has the comedic timing for a slapstick gig may not be as good as delivering dryer jokes.

Don’t force yourself into a box you don’t belong in. Find out what you do that makes people laugh naturally, when you aren’t on stage, and lean into that type of humor.

You may be fortunate enough to find you can dabble in several types, but always keep an eye toward what comes to you with ease and capitalize on it.

An audience can spot forced humor from miles away and they will quickly lose interest.

Are you jiving well with the audience?

Again, this is about going with what’s natural. Don’t write jokes to cater to what you perceive an audience will be like. You could totally miss the mark and end up with a full set that’s not right for the people sitting in front of you.

Don’t be afraid to improvise some bits if you find you’ve got a crew in front of you that’s eager to participate and enhance your set.

Adjusting as such is a skill that’s honed over time, but the more times you do it the easier it’ll get.

Does the flow make sense?

Jumping around from joke to joke can put a serious damper on the act. A good bit will tell a story and flow well, oftentimes with later-set jokes calling back to words spoken earlier.

Write everything down and take a hard look at its structure. Note when things feel off or like filler.

It may seem obvious, but laughter is the best indicator of a good bit that is often overlooked. Sometimes comedians are so focused on powering through their jokes they don’t stop to notice what is and is not being taken well by the audience.

Build some time into your set early on to gauge the laughter in the room. Is it genuine? Is it abundant, or scarce? Have you hit upon a specific topic that drew nothing but crickets, or did you mention something that elected raucous laughter?

Once you determine their style of funny, you can adjust the remainder of your set accordingly if need be.

How to Perform the Best Casino Slot Games 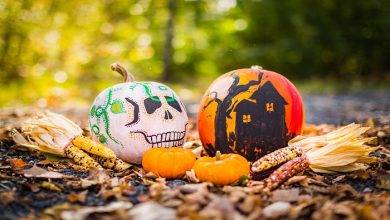